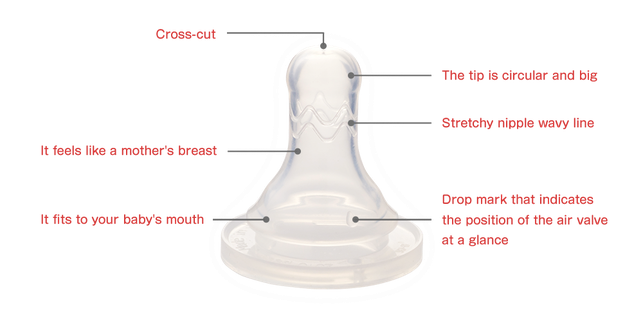 The BRAIN nipple ideal for newborns and invented by midwives

When the baby is breastfeeding, it moves its tongue and the upper and lower jaws together to suck in the milk. Feeding on the mother's breast milk requires skill and strength. The BRAIN nipple was designed by a midwife to emulate this for the baby's health and growth. Using this bottle from childbirth or together with breastfeeding is highly recommended.

The Bétta Brain nipple promotes mastication: the baby's jaws chew in a motion that makes the milk come out, exactly like a mother's nipples.

Mom's boobs naturally ooze when she hears her baby crying, or gently stretch when she sucks, or fit in her baby's mouth. But mommy's nipples have to be sucked tightly, or her tits won't come out. It is so magical and magical. Brain nipples were developed with the aim of making such a magical mama's tits.